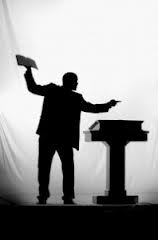 Matthew 16 and the Cross
Dave Hunt

Paris Reidhead, “Ten Shekels and a Shirt,” January 1, 1980I suggest that the following teaching compliments and adds to Brother Reidhead’s sermon. It gives great insight to religious apostasy, moral awfulness, and political anarchy. It explains the way a nation always goes down, according to the Bible: Dr. J. Vernon McGee’s teaching on Judges 17-21.

The Decline and Fall of the United States
Sermon by Dr. J. Vernon McGee

I am convinced that the Word of God substantiates the following sermon: Pastoral Authority or Leadership.

Here is  the link to my teaching at that meeting: Is an Incorporated 501(c)3 Church a Church of Christ? That teaching. The testimony of an evangelist and former pastor who verifies that a church which is not a legal entity such as a corporation and/or 501(c)(3) or 508 church cannot be sued was removed from the presentation and put on as a separate video: Why a Church Is Not a Business. This proves that a New Testament church has more protection than an incorporated 501(c)(3) church.

This website is dedicated to Him who is altogether lovely, the Lord Jesus Christ. To understand a little how lovely He is, click here to go toThe Loveliness of Jesus.

“Authority, The Greatest Thing In The Universe,” Dr. Greg Dixon 2005. This sermon explains the importance of authority and power and correct doctrine. It explains how great men of God can proceed according to some false doctrine and the consequences. For example, John and Charles Wesleys’ teachings led to the tongues movement and all its modern derivatives and adnerents such as TD Jakes, Joycd Meyers, Kenneth Hagan, etc.

The Sinking of the Titanic by Dr. Greg J. Dixon

“Conquering the Kingdom of Self” was delivered by James Hoffmeister

Dr. Harold Sightler “Baptists Are Not Protestants” (I do not agree with this pastor on the people of a church owning the church. A church should be owned by the Lord Jesus Christ. Other resources on this website teach how this is possible. See, for example, Spurious rationale for church incorporation, to own property. Dr. Sightler’s teaching that the people of the church are to own the church is not according to New Testament church doctrine. Nonetheless, there is much to be learned historically from this sermon.)(To learn more on this subject, see The Trail of Blood of the Martyrs of Jesus, The History of the First Amendment or Abridged History of the First Amendment. Click here to listen to The Trail of Blood online.) 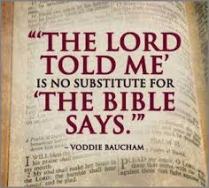 Featured compilation of sermons: The Revival Hymn (Note accompanying this compilation with which I agree: This is a compilation of voices from the past that spoke something of revival in the land. It is probably the most powerful 30 minutes of audio I have ever heard and it is almost certain to shake anyone to the core of their being! I have no idea who the original compiler of these clips was, but the intro edit was my own work. All the other video, audio compilation is by an unknown contributor.) 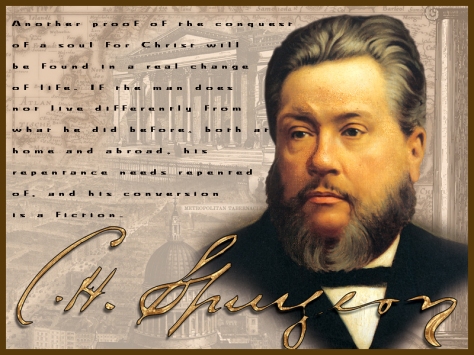 T. A. McMahon: “The Bible According to Hollywood“

In order to effectively fight spiritual warfare, in addition to other matters, a believer must understand his adversary, the devil. The following three sermons explain much of what a believer should know about Satan:

Teaching Children to Walk. A great sermon given on Mother’s Day, May 13, 2018 at First Baptist Church of Cannon Falls, Minnesota.

Pastor Greg Dixon, “The Sinking of the Titanic” 1976
(Once you go to the link at left, click the “play” button at the bottom of the block labeled “Titanic: Safety, Speed, and Sacrifice.” Mr. Glenn Lockwood sings – “Nearer My God to Thee” and “The Great Judgment Morning.”).

Dr. Johnny Jarrell, a Biblical Law Center pastor in Florida, “Living by the Word of God without the Spirit of God,” April 18, 2010

Missionary to Trinidad, James Hoffmeister, “Conquering the Kingdom of Self,” September 8, 2010

Missionary to Romania, Brent Logan, “The Eunuch and the Watchman,” August 18, 2010

Bruce Rice, Missionary to the Philippines, “What is that to thee? Follow thou me.” March 13, 2011