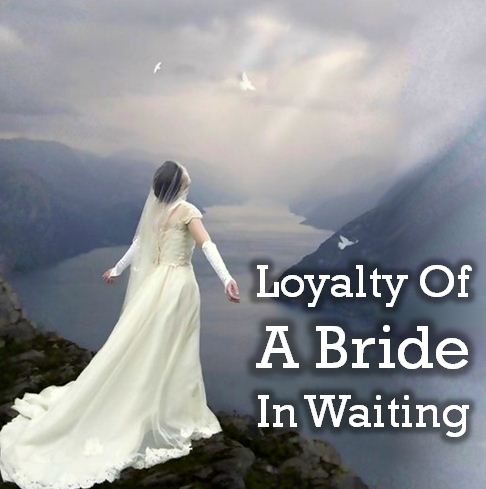 1 John 4:9 In this was manifested the love of God toward us, because that God sent his only begotten Son into the world, that we might live through him.

This website is dedicated to showing churches how to love and honor Christ by remaining under Him only.

Once you download a PowerPoint and display it, remember to click the “Slide Show” icon in the lower right. You must do this to view the whole slide show. However, when you do that, you will not be able to see the notes at the bottom which appear on the screen before clicking the  “Slide Show” icon. To go back to the first view, right click anywhere on the screen, and then click “End Show.”

PowerPoint:
The Basics of the Bible Principle of Trust in Church Organization
Explanation of “Trust,” as opposed to “Business Trust,” “Charitable Trust,” and other kinds of trusts. How can you know who to trust for the truth about these matters? How can you know if what is presented here is the truth? Etc.

Click here to go to PDF of comments which help explain the PowerPoint directly above. The presenter also stated other things, but these notes cover the most important matters.

Related article:
The Only Way a Church Can Organize to Remain a New Testament Church (Holding Property in Trust for God Is a Scriptural Principle Churches Should Honor)
referred to in the above presentation.

Trust may have two connotations. God wants men to trust him. He commits to our trust spiritual matters as well as all the worldly possessions which he has entrusted us with.

God wants men to trust Him. We can totally trust Him. Do a word search of the Bible for “trust.” Here are a few of many verses which use the word “trust”:

God has also entrusted man with all things on earth, both temporal and spiritual. This principle runs throughout all of Scripture. God has entrusted believers and churches with what He has given them. He desires that they adhere to the precepts in the Bible, including the New Testament doctrine of the church. Here are a few verses that specifically refer to the word “trust” in that context:

Luke 16:11: “If therefore ye have not been faithful in the unrighteous mammon, who will commit to your trust the true riches?”

1 Thessalonians 2:4: “But as we were allowed of God to be put in trust with the gospel, even so we speak; not as pleasing men, but God, which trieth our hearts.

Timothy 1:11: “According to the glorious gospel of the blessed God, which was committed to my trust.”

1 Timothy 6:20: “O Timothy, keep that which is committed to thy trust, avoiding profane and vain babblings, and oppositions of science falsely so called:”

“Steward” has essentially the same meaning as trustee. for more on this. 1 Corinthians 4:1-2 says “Let a man so account of us, as of the ministers of Christ, and stewards of the mysteries of God.  Moreover it is required in stewards, that a man be found faithful.” See What God Has Committed to Man’s Trust: “Ye Cannot Serve God and Mammon”: Steward or Trustee?

I recommend the essay HOW A CHURCH CAN ORGANIZE TO REMAIN A NEW TESTAMENT CHURCH (HOLDING PROPERTY IN TRUST FOR GOD IS A SCRIPTURAL PRINCIPLE RECOGNIZED BY THE LEGAL SYSTEM) after reading this page. See Essays on The Bible Trust Relationship: Links to Essays and Other Resources for links to more resources and essays.

Sadly, all lost people and most believers have betrayed God by violating His trust. We have done so in many ways.

This ministry shows churches and believers how to hold in trust the local visible church which God has entrusted us with. This website shows loyal churches who love the Lord how to organize a visible New Testament church in a manner which complies with New Testament church teaching thereby assuring that the church remains a church of Christ under Him only.

A church may do this by placing tithes, offerings, and gifts into “A Bible Trust.” When a church establishes “A Bible Trust,” relationship, the church owns nothing; church members give to God, not to a religious organization. When church members give to God, they no longer have any claim to that which they gave to God. That which they give to God is to be used for His purposes and His purposes only. Their gift is irrevocable. Furthermore, the church does not act legally in any way. She does not entangle herself with man’s law, the world. All tithes, offerings, gifts, and properties are held in a trust estate. The trust estate is managed by a trustee, not for his personal benefit, but solely for the benefit of the Lord Jesus Christ. Christ is the true, beneficial, and equitable owner of the trust estate. A church who utilizes “A Bible Trust” remains a spiritual entity only so long as she does not act legally in some other way.

For one to apply the principles presented on this website, he must understand:

The American believer interested in pleasing the Lord in the matter of church organization should understand: