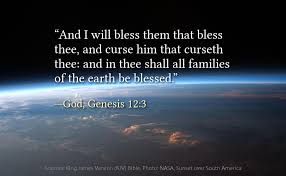 Click here to go to links to all lessons on Israel.

Click here to go to the 5 to 8 minute video lectures.

Click here to go to much more thorough essay on this subject by clicking here. 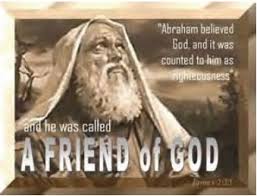 Originally, all civil governments were under the same guidelines. Although Gentile nations proceeded under the original plan as ordained by God in the covenant He made with Noah, God called out Israel, a nation for Himself. First, Abraham was called out and obtained a promise of God.[1] Since man had failed to obey God on the basis of human conscience, the restraint by the Holy Spirit, and human government, God instituted a new economy, a new way of dealing with man. He made promises to Abraham and his seed, Jesus Christ, which were four hundred years before the law. The inheritance was not of the law which was added because of transgressions, “until the seed should come” who was Jesus Christ.[2] God “sware” this promise “by himself.[3]

God promised Abraham that He would bless him, make his name great, give him many physical descendants, make him the father of many nations, give him the land of Canaan for an everlasting possession, and bless those who blessed him and curse those who cursed him.[4]

God promised Abraham, Isaac, Jacob, and their seed everlasting possession of a physical land on the earth with prescribed boundaries. Israel’s government, working in conjunction with the Jewish religious leaders, was given the responsibility to enforce all ten of the Ten Commandments, as well as all of God’s moral law. The Gentile nations proceeded under the original plan laid down by God and their highest function was the judicial taking of life, from which all other governmental powers may be implied.

Israel was called by God for specific purposes: “Israel was called to be a witness to the unity of God in the midst of universal idolatry;[5] to illustrate the blessedness of serving the true God;[6]) to receive and preserve the divine revelations;[7] and to produce the Messiah.[8]

The Jewish patriarchs (heads of families) failed in the responsibilities God gave them, and judgment followed. Their responsibility was only to believe and serve God who provided all material and spiritual resources requisite to inspire them to do this. God gave them the Promised Land, and blessings were guaranteed while they remained in the land. In spite of this, their future was predominated by failure. Jacob eventually led his children to Egypt where they were enslaved. God delivered them and crushed their taskmasters.

After God delivered Israel from their Egyptian oppressors, He gave them the Mosaic Law. This was, of course, before they entered the Promised Land. He dealt with them now on the basis of that law in addition to conscience, the restraint of the Holy Spirit, civil government, and promise. God’s new economy for Israel was based on law. Promise and law are sharply distinguished in Galatians 3 even though the law did not annul the promise.[9]

The law was written in stone and “was a totally external way of God’s administering His rule over Israel.”[10] It was an external moral restrainer, a “schoolmaster to bring us to Christ.”[11]

When God delivered Israel out of Egyptian bondage, their faith failed and God caused them to wander in the wilderness for forty years. Before God allowed Israel to enter the Promised Land, she operated under a covenant directed solely to the nation Israel. All other nations, the Gentile nations, continued under the covenant God made with Noah. Israel was given covenant declared in Deuteronomy 30.1-10 which gives God’s conditions under which Israel entered the land. Israel has never as yet taken the land under the unconditional Abrahamic Covenant, nor has it ever possessed the whole land.[12] The seven parts to the covenant given in Deuteronomy 30 are:

Israel in the land was originally a theocracy directly under God. God spoke directly to Moses and Joshua, and then chosen judges in Israel. God does not and never has spoken directly to Gentile nations as He did with Israel.

Israel was a theocracy. The word “theocracy” comes from two Greek words, theos meaning God and kratos meaning ruler. “Theocracy” means “Government of a state by the immediate direction of God; or the state thus governed. Of this species the Israelites furnish an illustrious example. The theocracy lasted till the time of Saul.”[13]

The church, which God instructed to be directly under God and His principles only, is not a state, and therefore not a theocracy. Nor can a church take the place of God over a state; such an arrangement is not a theocracy.

Next, we will take a look at how Israel performed in the theocracy in the land, God’s judgments of Israel, and God’s grace.

Go to the following webpage for links to more in-depth Bible studies on Israel: The Bible Doctrine of Government.