Previous Series of Lessons:
From New England to the South

Next Lesson:
II. Only the Church of England Was Tolerated in Virginia Colony 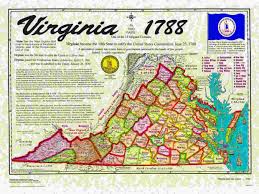 Although the final expression of religious freedom that would be incorporated into the Constitution came from Virginia, the final motivation came because of the convictions of the dissenters, mainly the Baptists, and the thrust for their growth and influence came from the Great Awakening.