For the history of how Americas got freedom of religion, press, assembly, speech, and the right to petition the government for a redress of grievances, click one of the following links:

Tract – Street Preaching in America: Is it Legal?

Click here to go to articles and other materials dealing with street preaching and some related issues. 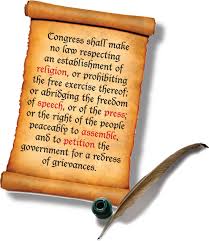 Right now, in America, the First Amendment to the United States Constitution guarantees freedom of religion, press, assembly, press, and the right to petition the government for a redress of grievances. The United States Supreme Court has interpreted First Amendment freedom of speech to include speech in the public forum (in government owned property such as streets and parks). Even with this clear condition of the law, those who preach the gospel in the public forum are attacked by individuals (including so-called “Christians”) and by peace officers who threaten them, push them around, abuse them, attack them, sometimes unlawfully arrest them (thereby subjecting the arresting officer, the police department, and the government entity to civil suit), etc. 99+% of Americans have no clue as to the true history of the freedoms guaranteed by the First Amendment and the importance of those freedoms. They just know that the preaching offends them and they want it shut up. The day when God’s children (not the religious crowd) will be severely persecuted in America. What does the Bible say about what Christians should do then? For the answers to this and other related questions see “Preparing for the Underground Church in America.” That article links to other resources including a great sermon series by Brother Russell Hildebrandt on the Underground Church. The street preachers of Old Path Baptist Church are among those who suffer the mild “persecution” in America when they preach in the public forum. See “The Trials and Tribulations of the Old Paths Baptist Church ‘No Small Stir’ Street Preaching Ministry.”

On October 28, 2015, the U.S. Sixth Circuit restated and strengthened First Amendment protection of speech in the public forum in a case where “Bible Believers” involved in street preaching to Muslims displayed a pigs head. “Bible Believers” sued WAYNE COUNTY, MICHIGAN; BENNY N. NAPOLEON, in his official capacity as Sheriff, Wayne County Sheriff’s Office; DENNIS RICHARDSON, individually and in his official capacity as Deputy Chief, Wayne County Sheriff’s Office; and MIKE JAAFAR, individually and in his official capacity as Deputy Chief, Wayne County Sheriff’s Office. The Sixth Circuit stressed that the First Amendment “envelops all manner of speech, even when that speech is loathsome in its intolerance, designed to cause offense, and, as a result of such offense, arouses violent retaliation.” Attorney Robert Muise of the American Freedom Law Center, who argued the case on behalf of the Bible Believers, applauded the decision, saying it was  “solidly on the side of free speech.” “If this went the other way, it would incentivize  violence as a legitimate response to free speech, and that is wrong in our country,” Muise said.  “Any freedom-loving American enjoys protections of the First Amendment.”The Sixth Circuit said, “(The ruling)  affirms the rule of law that when a violent mob is responding violently to protected speech, the police’s duty is to protect the speaker and not join that mob that is intent in suppressing the speech,” Muise said. “Today, the First Amendment was the victor.” Click here to go directly to the opinion. Article: Anti-Muslim Slurs Get Legal Protection (102915). The case now goes back to a federal judge in Detroit, who will decide what damages the Bible Believers are entitled to.

The court stated: “Ultimately, we find that Defendants violated the Bible 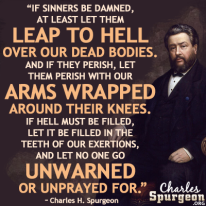 Believers’ First Amendment rights because there can be no legitimate dispute based on this record that the WCSO effectuated a heckler’s veto by cutting off the Bible Believers’ protected speech in response to a hostile crowd’s reaction.” (p. 15 of the opinion).

For greater understanding of the free speech rights of Americans in the public forum left click here and read the brief of Jerald Finney in the Steve Drake case.

Now that the police in southwest Minnesota have been educated (see below) the following is usually what happens when citizens go against First Amendment Freedom of Speech:

Police Protect our Freedom of Speech in McKinney

The job of peace officers in America is (1) to protect street preachers and others speaking in the public forum and (2) to inform people of the law concerning free speech in America. I street preached in Austin, Texas for 20+ years. The police in Austin understood and enforced the law. They protected us (and others speaking in the public forum) on numerous occasions. The Minneapolis Police Officer in the following video understands that his job is to protect those involved in First Amendment protected speech:

Pastor Jason Cooley gives peace officer lessons in how to act and in the law: Steel County Sheriff Short Circuits When Respectfully Challenged on the Law (082215)(This incident was reported on Infowars.com at: http://www.infowars.com/cop-short-circuits-after-preacher-eloquently-refused-to-be-pushed-into-free-speech-zone/)

A fine example of police bravery and action in Garland, Texas in protecting people exercising their constitutional rights (freedom of speech) is described in the article

Garland, Texas, Shooting Suspect Linked Himself To ISIS In Tweets

“Why isn’t the contest to draw Mohammad in Garland Tx recently the same as yelling “Fire!” in a crowded theater and not protected a known hate group held a contest to draw a “cartoon” of the Muslim prophet, Mohammad. In doing so, the group knew full well it would likely result in violence against those attending. In fact, only the Muslim protesting the drawing were killed as they approached the facility armed with weapons.”

The following was an e-mail sent by Rev. Paul Wayne Foltz DD:

John Bunyan spent 12 years in the local jail for preaching the Bible in the streets. He could have been released if he had complied with the order never to preach in the streets again, but he promised that if they released him during the day, he would be preaching on the streets by evening. While incarcerated, he wrote several books, including THE PILGRIMS PROGRESS, which became the largest selling book except the Bible in that generation. If he had surrendered to the desires of his adversaries, one of the greatest preachers of holiness and godly convictions would never have been heard from. Because he did not compromise, his voice was heard around the world by hundreds of millions of people in nearly 200 languages. If Satan can intimidate YOU, he will silence your voice and the godly convictions that God has dealt with you about. You will never bear the spiritual fruit that God intended you to bear, and countless people will never hear or know the testimony that God mean for you to leave in the world. If and when people come against your godly ways, defy them. Do the thing that you know God requires of you. Never back down. Never apologize. Never surrender. Be the person that God wants you to be, regardless of the cost.

Read part of the transcript from the John Bunyan trial at:
An Abridged History of the First Amendment

The Old Paths Baptist Church “No Small Stir” street preaching ministry led by Brother Paul Pearson was appropriately named and, according to its name, has created “no small stir” in Northfield MN. It has served as an educational tool and encouraged a debate in the city. See

Click here to go to the article:
Lawyers answer question about speech in the public forum in America