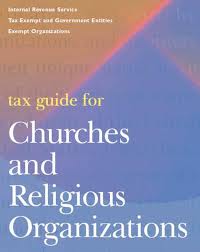 As originally passed 501(c)(3) had four commandments or rules to which 501c3 organizations and churches agreed. Those rules are:

“1. must be organized and operated exclusively for religious, educational, scientific, or other charitable purposes,

“2. net earnings must not inure to the benefit of any private individual or shareholder,

“3. no substantial part of its activity may be attempting to influence legislation,

“4. the organization may not intervene in political activity.”

The above rules are listed in the 501(c)(3) law and explained by the IRS at:  Exemption Requirements-501(c)(3) Organizations.

5. In addition, the Internal Revenue Service added another rule in a case involving Bob Jones University. Bob Jones University appealed to the authority for disagreements over IRS rulings, the federal court and the case went all the way to the Supreme court. The Supreme Court upheld the rule. Bob Jones University, 461 U.S. 574 (1983). The applicability of the “fundamental public policy” added in Bob Jones University has never been applied to a church, but many pastors of incorporated 501c3 churches and “Christian” lawyers such as David Gibbs have long feared that it will be so applied. David Gibbs gave this very unwise advice on this issue many 15 or 20 years ago: “Pray about it.”

501(c)(3) and 508(c)(1)(A) tax exempt status not only come with five government imposed rules, such status also invokes a myriad of regulations. See and read, e.g.,

501c3 is 100% voluntary.En1 The First Amendment and corresponding state constitutional provisions guarantee that churches do not have to submit to any man-made law.En2 Most churches choose to apply for 501c3 status. Such status gives the federal government some control over 501c3 organizations, including 501c3 churches. Those applying for the status know the commandments that come with 501c3. They also understand that the sole authority for 501c3 disagreements with the IRS is the IRS agency with appeal to federal court by the losing party an option. They also know that neither God nor His Word will be allowed in any such controversy. In other words, a 501c3 church submits herself partially to an authority or head other than the Lord Jesus Christ. 501c3 is a government education control scheme which has worked, especially as to churches, but also other types of organizations.En3

To obtain 501c3 status, a church or other organization must fill out IRS Form 1023. Any pastor, as a Bible student, should know from looking at the form that he and his church violate Bible Church Doctrine by applying for tax exempt status.

One of several examples of how this affects a church and what a pastor preaches in church is examined in the article, 1,000 Pastors who pledge to defy IRS and preach politics from pulpit ahead of election misunderstand the law and the hierarchy of law. Pastors of 501(c)(3) churches have mounted this challenge several times. The IRS has ignored their actions. The pastors know, or they should have known, that 501(c)(3) is a law passed by Congress which respects an establishment of religion and prevents the free exercise thereof; so why did they voluntarily seek 501(C(3) status, especially considering the fact that the agreed authority which would decide disputes was the IRS subject to appeal to federal court? By agreeing to 501(c)(3) status, they voluntarily gave up their First Amendment status. Yet, they still planned to stand on the First Amendment should the IRS take action against them for violating the rule which prohibits church endorsement of a political candidate by preaching for or against a candidate. They planned to take their stand before their authority on the matter – the Internal Revenue Service subject to appeal to federal court. These pastors do not understand the issue. The issue is one of authority. Their chosen authority or head for the  matter is the federal government, not the Lord Jesus Christ.En 3 and En4

The Bible Answer to the Question, “Is an Incorporated 501(c)(3) or 508 Church a Church of Christ?” (Prepared for a talk given at the September 16-19 Liberty Baptist Church of Albuquerque, NM, Southwest Baptist Heritage Camp Meeting. Click here to go to Part I of the video of that presentation. Click here to go to Part II of that presentation, “Why a Church Is Not a Business.” Part II was removed from Part I. In Part II, Jerald Finney invited Evangelist and Pastor Terry Woodside to tell his story which demonstrates that a church which is a non-legal entity cannot be sued in America. Click here to go to the page which has links to all sermons and presentations at that meeting.)

En1 Is it illegal for a church in America not to incorporate? Does a church have to be a 501c3?

En2 Is it illegal for a church in America not to incorporate? Does a church have to be a 501c3?, What is a First Amendment Church?

En4  Does God Care if our Church is Incorporated? (The principles in this article also apply to the 501(c)(3) church), Articles, Essays, and Other Resources Related to the Doctrine of the Church, Incorporation, 501c3, Etc., What is an established church?, What is a First Amendment Church?,  A Call to Anguish: Churches Reject God’s Authority (November 21, 2017)(The real meaning of church 501(c)(3) application and status emphasized in analysis of new article: “A New Religion Forms That Will Worship A ‘Godhead’ Based on AI”)A “Christian” Refuge of Lies: An Expose of “The Church that Birthed America” (113017) ,God Betrayed/Separation of Church and State: The Biblical Principles and the American Application (covers all aspects of the relevant issues).