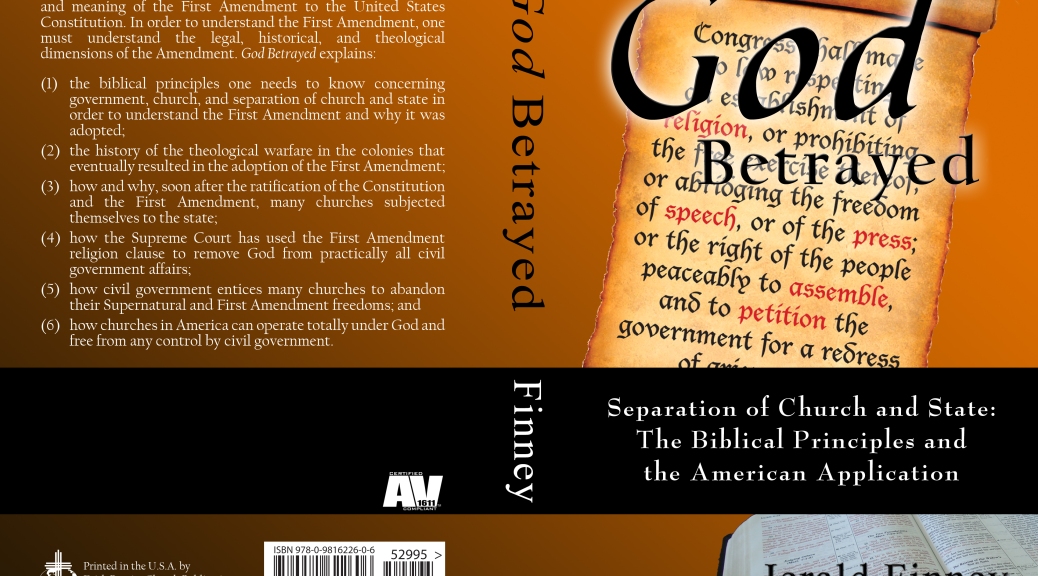 This article is a continuation of Jerald Finney’s systematic development of the doctrines, application, history, and legalities of “separation of church and state” (Link to Contents of “Separation of Church and State Law” Blog which has links so that the new follower can start his study at the beginning. “Line upon line, precept upon precept.”). See En1 for more on this matter; See En2 for information on books by Jerald Finney which thoroughly examine “separation of church and state law.” This article is an edited version of Section I, Chapter 9 of the book God Betrayed/Separation of Church and State: The Biblical Principles and the American Application (Link to preview of God Betrayed).

God has also given to the Gentile civil governments freedom of choice. One should review “God desires nations to choose to glorify Him” before reading this section.

God judged King Belshazzar, Nebuchadnezzar’s son, because he did not humble his heart and “lifted up [himself] against the Lord of heaven” and had not glorified God “in whose hand [Belshazzar’s] breath [was] and whose [were] all his ways,” knowing what God had done to his father (See Da. 5.17-31).  Darius, after seeing that God miraculously delivered Daniel when he was thrown into the den of lions, decreed: “That in every dominion of my kingdom men tremble and fear before the God of Daniel: for he is the living God, and stedfast for ever, and his kingdom that which shall not be destroyed, and his dominion shall be even unto the end. He delivereth and rescueth, and he worketh signs and wonders in heaven and in earth, who hath delivered Daniel from the power of the lions” (Da. 6.26-27).

Cyrus chose to serve God: “That saith of Cyrus, He is my shepherd, and shall perform all my pleasure: even saying to Jerusalem, Thou shalt be built; and to the temple, Thy foundation shall be laid. Thus saith the LORD to his anointed, to Cyrus, whose right hand I have holden, to subdue nations before him; and I will loose the loins of kings, to open before him the two leaved gates; and the gates shall not be shut” (Is. 44.28-45.1). 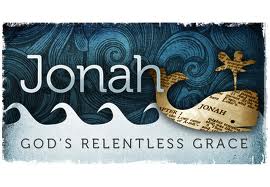 God sent Jonah to “cry against” the Gentile city of Nineveh “for their wickedness [had] come up before [Him] (Jona. 1.2).”  After Jonah went through the city of Nineveh crying, “Yet forty days, and Nineveh shall be overthrown (Jona. 3.4),” “[t]he people of Nineveh believed God, and proclaimed a fast, and put on sackcloth, from the greatest of them even to the least of them” (Jona. 3.5).  “And God saw their good works, that they turned from their evil way; and God repented of the evil, that he had said that he would do unto them; and he did it not” (Jona. 3.10). Unfortunately, more than a century later Nahum delivered an unrelieved warning of judgment because Nineveh had fallen back into moral awfulness (Na. 3.1-19). “[H]e will make an utter end: affliction shall not rise up the second time” (Na. 1.9).  “According to Diodorus Siculus, the city was destroyed nearly a century later, precisely as [predicted by Nahum] (1917 Scofield Reference Edition, headnote to Na., p. 952).”

Thus God wishes each civil government to choose to rule for His glory under His precepts; that is, to establish free will for every individual while ruling under biblical principles, but not to enforce God’s rules concerning man’s relationship with God. Just as Belshazzar was without excuse in that he saw what God had done to his father, likewise rulers and civil governments today are without excuse in that the Word of God is available today for all to read and to know God’s principles and His ways.

En1 Why should believers, and especially pastors, be concerned about the area of church and state law? Because only through knowledge can they avoid dishonoring the Husband/Bridegroom/Head of their local church body and thereby failing to achieve their God-given goal—glorifying God and pleasing Him.

These articles systematically examine the biblical doctrines of church, state, separation of church and state and the application of those doctrines in America. For believers and churches, the information presented is—according to God’s Word—of great importance to our Lord. By reading and studying each article using the Bible as the standard, a believer will discover that the biblical principles are correct as presented. By studying the historical and legal facts presented—without bias, prejudice, illicit motive, or an overriding opposing agenda which has a vested interest in maintaining a status quo due to loss of finances, support or something else—and examining those facts in light of biblical principle, a qualified believer (a believer who has the necessary biblical, historical, and legal qualifications and education) can understand that the conclusions are correct.

That said, understanding the biblical principles, relevant history, and legal principles and facts is, first, impossible for one who is not a born again believer who is walking in the Spirit, and, second, daunting for even the spirit filled follower of Christ. Years of honest, open minded study is required to achieve the correct knowledge and understanding of all facets of church and state law. First, one must interpret Scripture correctly (See 2 Ti. 2:15) as to the relevant topics. After mastering the biblical principles, one must then labor through the annals of history, and the intricacies of law. In order to be qualified to comment upon the law, one must have an extensive legal education. He must understand how to do legal research and how to reach correct legal conclusions. Legal commentary by a pseudo lawyer can sound good to the untrained, while he may be correctly understood as frivolous and unlearned and probably heretical by the educated believer.

This is not to say that a non-lawyer cannot understand the legal and historical aspects of spiritual matters. In fact, the author knows some pastors and other believers who, having already correctly divided the Word of Truth and determined to seek to please God in all matters, have open minds and who have eagerly sought truth in the historical and legal church and state law arena. He is working with such a young pastor at this very moment. He is a brilliant young man who had mastered the Scriptures and Baptist history before the author met him. He excels the author in those matters, as do some other pastors and believers known by the author. Unlike most pastors, he does not have the disadvantages of having gone to either a secular or ecclesiastical (Baptist or otherwise) institution of higher learning. Secular colleges and universities usually corrupt even the most devout child of God; and religious colleges, institutions, and seminaries generally (with few exceptions, one of which the author has personal knowledge of)—by either mixing an ample dose of humanism with whatever biblically correct teaching they dose out; or by having totally having abandoned truth—likewise usually corrupt their students to one degree or another.

On the other hand, I am vexed by what I read in some books and websites concerning church and state law; particularly by some vicious, unfounded attacks upon the Biblical Law Center Declaration of Trust by unqualified, biased assailants who are attempting to mislead believers and churches through incorrect biblical and legal analyses and personal attacks upon and outright lies about those with whom they disagree in such matters.

Being a believer alone, even a pastor, does not by itself qualify one to teach on church and state law. The author has been a believer and faithful member of independent Baptist churches since his salvation. He was called by God to go to law school for His glory and to please Him. As a result of that calling, he obtained a Doctor of Jurisprudence degree from one of the best law schools in the country and has practiced law for seventeen years. He has no motive for dishonesty. By design, he has never made a dime above expenses in his work in the church and state law arena. In fact, he has spent tens of thousands of dollars with total income of at most three to four thousand dollars in all the years he has worked in this area of law. Because of this he is beholden to no one and nothing but the truth and his Lord and Savior. Since becoming a lawyer, he has devoted untold thousands of hours in biblical, historical, and legal study and analysis of church and state law.

As always, he declares that if anyone can show him where he is in error, he will recant. Honest, loving believers have taught him much and caused him to modify some of his positions. He has also, in his continued studies, modified some of his conclusions and positions. However, he maintains his primary positions because neither he, through his continued studies, or others have shown him to be wrong about his basic church and state law principles and conclusions.