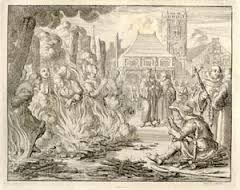 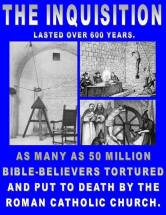 List of Scholarly Resources Which Explain and Comprehensively Document the True History of Religious Freedom in America. This list is for those who wish to verify the true history of the colonies and the assertions in Jerald Finney’s essays, articles, and books.

Another Conservative Calls Out David Barton’s History (121817)(Excellent article with links to other resources. Points out, e.g., Barton’s diploma mill doctorate.)
The Most Influential Evangelist You’ve Never Heard Of  (080812)(Exposes Barton’s misrepresentation of Thomas Jefferson and other matters)
DAVID BARTON RUINED CONSERVATIVE CHRISTIANITY FOR ME: A CALL FOR STORIES (061815)(In this room were NCFCA coaches, parents, and adult alumni. People who had taught me debate, logic, and rhetoric. Yet here they were, applauding a man who had just fed them lies, logical fallacies, and more fluff than a cotton field. Something inside of me broke that night. I realized that I couldn’t trust these people to have given me a solid foundation of any sort. When given false assurance that their beliefs were correct and would prevail, they ate it up.”)

Publisher Pulls David Barton’s Revisionist History of Thomas Jefferson (081012)(“Unfortunately, many evangelicals who would dismiss the use of such revisionist methods by someone like historian Howard Zinn or novelist Dan Brown unquestionably accept them when used by a fellow Christian like Barton. Many are unaware, of course, that Barton has long been considered an unreliable source. But too many are aware of the legitimate criticisms and dismiss them because they want to subscribe to Barton’s vision that America was founded as a “Christian nation.” Indeed, as Tom Gilson laments, “Inevitably some Christians will be angry with those who have shined a light on David Barton’s errors.””)
—–For more articles exposing David Barton, google, e.g., “another conservative calls out David Barton’s history”