December 2015 addition to this article: Believe it or not, the force is also in some “churches.” See Christian Issues, Heresy, and Apostasy.

Where do the judicial system and its lawyers and judges go to seek wisdom? To the Bible or to the movies? “Judges, of course, strive to be perceived as wise, so what better way to add a little Jedi wisdom to an opinion than by invoking Yoda, the Jedi Master himself?” (“A Long Time Ago, in a Courtroom Far, Far Away: There’s no denying that the Force is all around us,” 77 Texas Bar Journal, February, 2014). Do not mention the Lord Jesus Christ or his book as authority in litigation because to do so will violate the satanic version of “separation of church and state,” but it is very appropriate to “look at how George Lucas’s ‘galaxy far, far away’ openly provides insights for judges and lawyers in the resolution of cases.” In myriad ways “pop culture, in the form of Star Wars, has seeped into our legal culture. Do a quick Westlaw search for ‘Star Wars’ and you’ll find everthing from references to strategies that the ill-fated energy giant Enron code-named as ‘JEDI’ AND ‘Death Star’ to a county prosecutor in Michigan named Luke Skywalker.” (Id.). Click the following links to go to relevant articles from the Texas Bar Journal:

Most of the lawyers, judges, and other personnel within the system are nice, good, decent, hardworking people when viewed from a secular perspective. However, the system is now, like the rest of society, proceeding according to the principles of the god of this world. The above two law review articles make clear that this is true, and the state of the legal system corresponds to condition of individuals, families, churches, civil governments including the state and federal governments of the United States, and the world. The Bible tells us what has happened, is happening, and will happen.

Of course one expects the world to go the way of the devil; but tragically, very few members of fundamental Baptist churches (including pastors), much less members of other so-called “churches,” are equipped for the spiritual warfare God has called believers to fight. Few can explain biblical teaching concerning the God-given motivation and goal of a believer; the doctrines,  practices, and order of a New Testament church;  the doctrine of government; the doctrine of separation of church and state; what the Bible teaches about repentance and salvation (not what they learned from a workbook on “soul-winning”); spiritual warfare; history; the relationship between church and state; the distinctions between God’s dealings with Israel and God’s dealings with Gentile nations, etc. Few have as much as a rudimentary understanding of the origin, goals, and dangers of Hollywood, movies, Disney, country music, rock and roll music, contemporary “Christian” music, the sports industry, etc. As a result, most churches and church members have succumbed to the doctrines and practices of the world.

The desertion from church by young people after they become so-called adults is a prime example of the results of this unlearned, unwise church membership. As children, parents never understood biblical doctrines (never knew that biblical doctrines even existed). Thus, they never understood the evils of, for example, rock and roll music; country music; contemporary “Christian” music;” drinking; watching movies; television; getting caught up in following sports;  making heroes of sports stars; dancing, and much more. They were never taught by their parents, the ones to whom God gave the responsibility. “Christian” parents, being spiritually ignorant and maybe even lost, depend upon unbiblical “youth programs,” “Christian” schools, and Sunday schools to ground their children in the faith. And of course church youth programs and Sunday schools do not do that delegated job. Instead, these church “ministries” have done much more harm than good, especially when viewed in light of the metamorphosis of those programs to their present condition and effect.

The great majority of youth who are brought up in “church” leave the church for the world when they grow up. They become doctors, lawyers, janitors, plumbers, carpenters, authors, etc. who believe and practice the principles of the god of this world. They are marching in step with unlearned, unwise members of the “churches” that remain to implement Satan’s agenda which includes a one world government working with a one world church, a new world order. 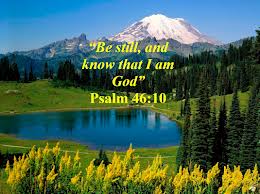 The solution available for any person is (1) repent and trust Christ for eternal salvation; (2) get into a biblically ordered church where the pastor and members believe and preach the whole word of God; (3) remain faithful to that church in fellowship and attendance; (3) begin an intense study of the Bible; (4) follow God as he leads; (5) remember: