The following article “Repentance and Conversion” by George Whitefield is online at http://www.reformedreader.org/rbs/whitefield/repentance.conversion.htm: 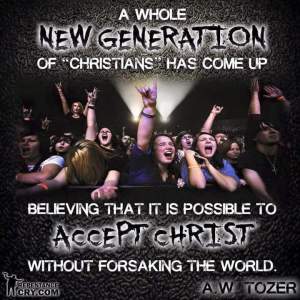 “Repent ye therefore, and be converted, that your sins may be blotted out, when the times of refreshing shall come from the presence of the Lord” (Acts 3:19, KJV).

It is a pity that modern preachers do not pay more attention to the method that the apostles followed in preaching Jesus Christ! The success and divine authority of their discourses should impress ministers of the gospel more than all modern schemes. If this were the case, ministers would first learn to sow and then to reap. They would endeavor to plow up the fallow ground and to prepare people for God’s blessings to rain down upon them.

This is the way Peter preached when under divine influence at Pentecost. Despite the fact that many of his listeners were educated, prominent people, he boldly charged them with murdering the Son of God. His piercing accusation entered deep into their conscience and was used by the Holy Spirit to give them a proper sense of themselves.

The apostle then let them know that, although their sin was great, it was not unpardonable. They had been part of the horrid crime of murdering the Lord of life, and had thereby incurred the penalty of eternal death. Yet there was mercy for them in the way prescribed: “Repent ye therefore, and be converted, that your sins may be blotted out” (Acts 3:19).

Conversion is not changing from one set of principles to another. You who have been raised with Christianity are in the greatest danger of being zealous for orthodox principles without being transformed by them into the image of God. Others think that they are converted because they have reformed their lifestyle. However, reformation is not renovation. The outside of the platter may be washed while the inside remains filthy. A person may turn from profaneness to morality and therefore believe that he is converted, yet his heart is still unrenewed.

True conversion means turning not only from sin but also from depending on self-made righteousness. Those who trust in their own righteousness for conversion hide behind their own good works. This is the reason that self-righteous people are so angry with gospel preachers, because the gospel does not spare those who will not submit to the righteousness of Jesus Christ!

I could almost say this is the last stroke the Lord Jesus gave Paul to turn him to real Christianity. After describing him as a persecutor, Christ brought him out of himself by revealing His person and office as a Savior: “I am Jesus” (Acts 9:5). As a result, Paul would later say, “I count all things but loss . . . that I may win Christ, and be found in him, not having my own righteousness, which is of the law, but that which is through the faith of Christ, the righteousness which is of God by faith” (Phil. 3:8-9).

We talk in vain about being converted until we see ourselves as lost sinners and come to the Lord Jesus Christ to be washed in His blood and to be clothed in His imputed righteousness. The consequence of this application of Christ’s righteousness to the soul will be a conversion from sin to holiness.

The Bible says, “If any man be in Christ, he is a new creature: old things are passed away; behold, all things are become new” (2 Cor. 5:17). As a newborn child has all the parts of an adult, so when a person is converted to God, there are all the features of the new creature and growth until God translates him to glory. Anything short of this is but the shadow instead of the substance.

The author of conversion is the Holy Ghost. It is not based on free will or moral persuasion. Nothing short of the influence of the Spirit of the living God can effect this change in a person’s heart. Therefore, we are said to be “born again” and “born of the Spirit” not only with water but with the Holy Ghost (John 3:3, 6).

Although there continues to be a contest between these two opposites, flesh and spirit, yet if we are truly converted, the spirit will gain the ascendancy. Nature and grace may struggle in the womb of a converted soul for a while like Jacob and Esau did in the womb, yet the elder shall serve the younger (Gen. 25:22-23).

Jacob shall supplant and turn out Esau, or at least keep him under. This is the way a person proves that he is converted.

How do you account for such a change within the heart? Is it not Godlike? Is it not divine? Have you felt it? Have you experienced it? I could spend a whole sermon in speaking of conversion, but I am afraid those who sit under the gospel have more need of heat than light. However, if you are not yet converted, upon what other grounds do you hope for conversion? You ought to repent and be converted, for until you do, you can never find true rest for your soul.

If it is asked why a person should repent and be converted, I answer, “Because without conversion, there is no way to be happy after you die.” You must be converted or be damned. That is plain English, but not plainer than my Master used. I did not speak the word as strongly as He did when He said, “He that believeth not shall be damned” (Mark 16:16). That is the language of our Lord.

Some have said that hell is only a temporary punishment. Who told them so? God grant you may never know the meaning of Jesus’ words “I never knew you” (Matt. 7:23) by awful experience! Conversion makes you happy in eternity, and without it, you are damned forever.

But you say, “All in good time. I do not choose to be converted yet.” Why? What age are you now? Suppose you are fourteen. Do you not think it time to be converted? There was a young man buried last night who was seventeen. Are you forty or fifty? Is that not the time? There was a poor woman who died suddenly two or three days ago. God grant that may not be the case with any of you. The only way to prevent that is to be enabled to think that “now is the accepted time; behold, now is the day of salvation” (2 Cor. 6:2).

It is a mercy that each of us has not been in hell a thousand times by now. How many are in hell that used to say, “Lord, convert me–but not now”? The road to hell is paved with good intentions. Now can you blame me for calling after you? Men, brethren, and fathers, hearken! God help you! Save yourselves from a wicked generation!

If you are damned for lack of conversion, remember that you are not damned for lack of warning. Thousands have not had the gospel preached to them, but you have heard. If there is a deeper place in hell, God will order a gospel-despising church member to be put there. You will have dreadful torments. Of him to whom so much is given, much will be required. How dreadful to have minister after minister say, “Lord God, I preached, but they would not hear.” Think of this, professors, and God make you possessors!