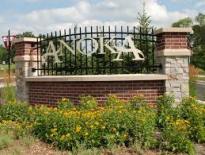 The men of Old Paths Baptist Church have decided to start, when time permits, to notify towns and cities where they have not street preached of their intent to do so. Hopefully, this will cause those notified entities to properly educate their peace officers in advance. Below is:

(1) the first prior notice letter I have mailed out. I will send it to the named officials by both e-mail and by written letter. As the letter indicates, the city may have already educated their peace officers, but experience has proven that that is not always the case.
(2) the cover letter I included on the letters to Mayor Phil Rice and the council members which were all mailed in one package since they were at the same address.
(3) UPDATES.

I am writing this letter as a member of Old Paths Baptist Church (“”OPBC”) in Northfield Minnesota. I am in the process of moving to Faribault, Minnesota from Austin Texas where I practice law.

I am writing this letter in advance to avoid the eventuality that your peace officers have not been properly educated in dealing with situations where citizens are exercising their right to freedom of speech as guaranteed by the United States Constitution, the Constitution of the State of Minnnesota, and by the Anoka City Code. You may have already educated your peace officers, but the men of the OPBC street preaching ministry have found that some towns and cities were not informed and therefore acted contrary to the law.

Some members of OPBC plan to attend your upcoming parade. They will be handing out Gospel tracts in the public forum. They will not attempt to march in the parade. They understand that they cannot violate a criminal law, but they also know that the law (disorderly conduct, obstructing a passageway, doorway, or roadway, littering (when they themselves do not litter), etc.) cannot be used as a pretense to deny them their rights in the public forum. The tract below, which they have copies of, quotes from several United States Supreme Court cases which cover all these matters.

As you know, speech in the public forum is protected by the First Amendment to the United States Constitution, the Constitution of the state of Minnesota, and by your City Code. The people of Old Paths Baptist Church are well aware of what the Supreme Court has ruled concerning speech in the public forum. For example, on the “Separation of Church and State Law” website you will find the tract Street Preaching in America – Is it Legal? (https://opbcbibletrust.wordpress.com/b-messages-from-pastor/street-preaching/tract-street-preaching-in-america-is-it-legal/). Some of the members, especially the leaders, have copies of and have studied that tract and other materials. I believe you may find the tract useful in that it covers the hierarchy of the relevant law from the highest to the lowest. For that tract, the lowest law was the Northfield, Minnesota Code of City Ordinances and Charter.

I am sure that City Attorney Tony Palumbo is aware of the law in these matters. I would also hope that Chief Philip Johanson is as well. My concern is that all of the officials of the city as well as all law enforcement personnel and especially those who will be working the “Grand Day Parade” know the law and are prepared to enforce it. Their job is to protect all citizens, including those citizens involved in protected speech. They cannot properly do their job without knowing the law.

The men of OPBC have already had to confront other cities and towns for violation of the First Amendment. You may find some of their trials and tribulations at:

So far, every city and town where a problem has arisen concerning the public speech by the men of OPBC has now educated their law enforcement personnel and no lawsuit has been necessary. Here in Austin, Texas, peace officers are well educated in the law. I was involved in a street preaching ministry here for 19 years and the police always protected us because they have been educated in the relevant law since all kinds of activists regularly communicate (speech, signs, symbols, tracts, etc.) in the public forum. They protected us and informed disruptive citizens of the law of free speech in America. On one occasion, a man who assaulted me was detained by the police. He lied and said I assaulted him. The police told me what he said but also said that they saw the whole thing and said I could file charges. I told them that I did not wish to do so. I could tell you numerous other stories of the great job the police in Austin, Texas do in upholding the law and protecting those who speak in the public forum.

The men of OPBC always endeavor to settle matters peaceably and according to the law. They do not wish to try to respectfully educate peace officers (sometimes very rude and obnoxious peace officers – see some of the encounters linked to on the website pages above) who are not acting according to the law. They do not wish to spend time in filing and executing lawsuits against offending officials (individual peace officers, county and city attorneys, mayors, city council members, and the cities in general) for matters which are well settled in the law. They have no desire to cost those people and the tax paying citizens unnecessary expense. I am sure you would rather use the city taxpayer money for other matters. Even more important, I am sure you wish to properly honor the law and to protect innocent persons who are peaceably exercising their rights under that law. In the event a lawsuit is necessary, OPBC has already contacted lawyers who will be ready and able to go to court in Minnesota.

Several cameras will be in use by the people of OPBC so that should false charges or accusations be made, or should lawsuit(s) be necessary, the facts will be protected from lies or misunderstandings.

Please educate your police officers and other city officials who may be involved in the Parade Day events as to law concerning speech in the public forum in America. OPBC desires to have a good working relationship with the officials and all citizens of Anoka.

Again, on the above webpages, you will find other legal resources, positive and negative encounters with police officers linked to on Youtube, etc. which may help you as you look at this matter.

This letter is being posted on the website at: https://opbcbibletrust.wordpress.com/2015/10/21/letter-to-city-officials-concerning-up-coming-street-preaching-by-the-men-of-opbc/

Since all the above city officials have the same address, I am sending the letters in one package to save work and expense. Please make sure that each of you gets a copy.

Thank you for your courtesies in this matter. Hopefully we can all work together to make your parade day one which will serve to enlighten all concerned about American law concerning protected speech in the public forum and promote peaceful healthy debate about important matters.

The speech and actions of the men of OPBC will be peaceful, but controversial. If other members of the public are properly educated by you and/or by Anoka police officers at the scene, all will more fully appreciate the great freedoms provided by American law at all levels, from the United States Constitution, the Minnesota Constitution, and the Anoka City Code.

Should the peace officers at the scene not understand the law, convey it to members of the public who might be disruptive and/or make false charges against the speakers, or falsely use existing laws (breach of peace, obstructing, etc.) to try to deny the speech rights of the men of OPBC, time-consuming and expensive (to the Anoka taxpayers) legal action may be necessary. The men of OPBC sincerely wish to avoid the last mentioned eventuality.

Thank you for your help, attention to, and courtesies in this matter.

Email from Pastor Jason Cooley on 10/25/15 and my reply (The men of OPBC “No Small Stir” street preaching ministry preached on the streets of Anoka on 10/24/15) and will preach there during the “Grand Parade Day” to exercise their First Amendment freedom of speech rights):